There are lots of sites that try to push you to use their mobile apps, Quora is one of the most egregious offenders that I have seen. If you try to browse more than a single page, they block you with a non-dismissable pop-up telling you to install their app.

Why even bother having a mobile website if they don’t allow people to use it.

On the desktop they have a similar pop-up that forces you to sign in to a Quora account to keep browsing. Very user hostile behavior. Additionally, they use social media logins which I’ve previously stated my distaste for but that’s only a minor complaint. 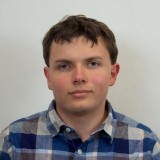